Sometimes trying to make things is a real drag. I haven’t really been knitting since I finished my Blank Canvas sweater back in March. I’ve picked up a couple of small projects trying to get back into the groove of things, but I’ve ended up giving up on all of them. And then this weekend, I threw in the towel with New Look 6104, which was supposed to be my April MAGAM project. After sewing the darts and the pintucks, I basted the fronts and back together to check the fit, and it’s kind of a mess. I mean, the fit isn’t the worst, but there are several fit issues that really bother me—the bust darts are too low and I suspect that the full-bust adjustment I made was actually a smidge too large. I tried to add darts to the front to add some waist shaping, but they didn’t turn out well, and I think in general I need more practice sewing and pressing darts. Plus, the interfacing I used (while the weight recommended by the pattern) is significantly stiffer than I’d like. 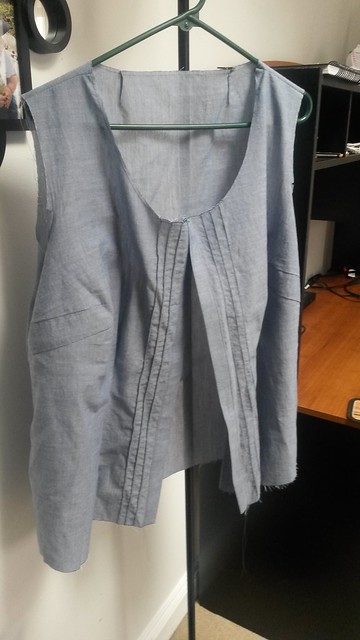 I could finish it and call it “wearable,” but that would only be in the sense that I could physically wear it on my body because I would never actually choose to wear it. And there are certainly some things I could do to try to fix some of the fit issues I’m experiencing, but I’ve reached a point where the number of things that bother me have far out-paced my interest in the project and my desire for the finished object. So I’m forfeiting this one and moving on to the next project. I’ll admit that I let the failure of this project get me down this weekend, so I’m trying to focus on the silver lining in this crafting cloud. So here are some of the good things that have come out of the work I put into this failed shirt: 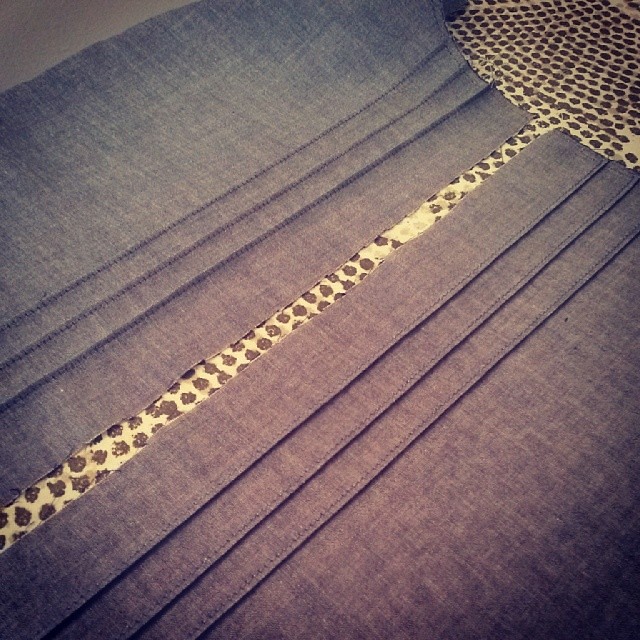 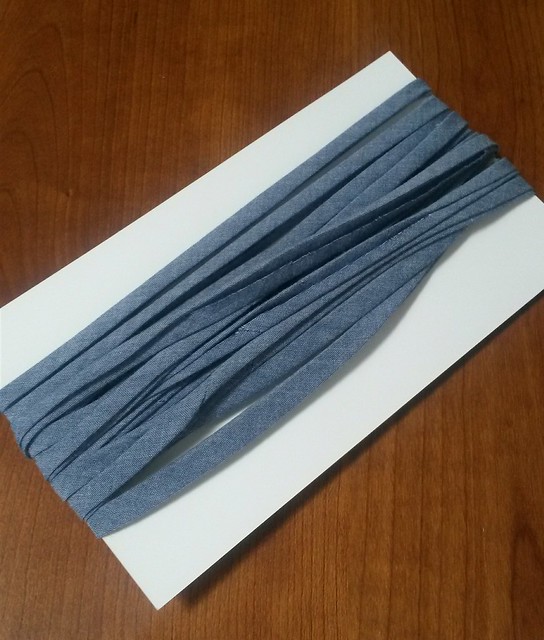 With all of that in mind, I’m moving on to some of the projects I’ve planned to make for other people and I’m returning to some more basic knit patterns. This weekend, I got all of the notions and fabrics I need to get going on a project for my nephew and godson, and I’m getting ready to cut out the Birgitte Basic Tee. I’ve developed a bit of a knit inferiority complex and somehow convinced myself that I’ve been “cheating” by sewing so many knits rather than working out fit with woven patterns, but I realized how stupid this was this weekend. Knits are what I like to wear, so it makes sense that I work on developing my sewing skills with knits. But I’m also trying to be a little more gentle with myself in general—I get impatient with myself for being a beginner, but of course, the only way to get past being a beginner is to keep moving through the clumsy beginner stages.

I’ve also finally started knitting a new sweater with this heathered black yarn, and it only took me knitting through 2” of twisted rib last night to climb my way out of my knitting funk. I’m doing a variation of Kate Davie’s Catkin sweater, which is a fingering-weight sweater worked at a fine gauge. I don’t know what it is, but I find a fine-gauge ribbing intoxicating. Hopefully my craft life continues looking up!

3 thoughts on “A Failed Project and Other Crafting Woes”