The name of this pattern taunts me. So bossy! Despite its imperative, this hoodie has not gotten me moving in the way intended. Instead, I have been wearing this while engaging in low-octane activities like grading, lounging, and grocery shopping. Still, it’s really comfortable and I’m very happy with the way this project turned out. 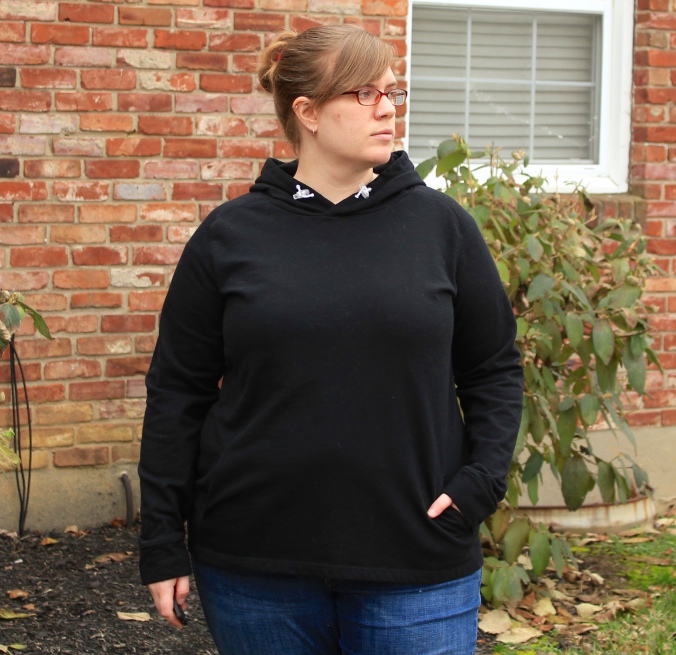 This is my third Ottobre pattern–it comes from the 05/2015 issue of Ottobre Woman. Like the other two patterns I’ve made, I like this piece because it is a comfortable basic but has enough details to make it interesting to sew and interesting to wear. This hoodie has a saddle shoulder and pockets that are hard to describe—they aren’t really welt pockets, but the concept is kind of the same. I guess they are kind of a more casual, informal version of a welt pocket? The sleeve and hood seams are all topstitched, which make them look professional and kind of sporty. Like my Gym and Sport Sweat Shorts, I used a honeycomb stitch for the top-stitching. The fabric is a cotton blend sweatshirt fleece from Girl Charlee.

The most difficult part of this pattern was actually the tracing. Ottobre using the crazy pattern sheets with the overlapping lines that you have to trace off. I’ve traced five other Ottobre patterns that were very easy, but this one was a pain. The pattern pieces for this hoodie are the same basic pieces used for three or four other views in the issue. However, the other views involve different pattern markings and have different cutting lines for length and necklines. All the different markings made it quite a chore to distinguish what, exactly, I needed to trace for this view from what was irrelevant. Of course, the upside of all this is that I can use the fit adjustments that I made with this pattern as a starting point for any of the other views I might be interested in.

As far as fit adjustments go, I started with the size 46 at the upper torso, blended to a 48 at the armscye, to a 50 at the waist, and then to a 52 at the hip. I also did a 1.5” FBA and eased the resulting dart into the side seam at bust level. I removed 1” of length from the sleeves.

When I first finished this piece, I was worried that there was too much ease through the hips, although after sending it through the washer and dryer once, I’m more satisfied with the fit. I’m also glad I made this piece in black because my work with the pockets is kind of sloppy—sewing around the sharp turns for the pocket bag was tricky. But the dark color hides most of the issues.

This was my first time installing grommets, which was pretty fun. I used a Dritz eyelet kit from JoAnn’s that was pretty inexpensive and easy to manage. Now I just need one of these mini anvils. 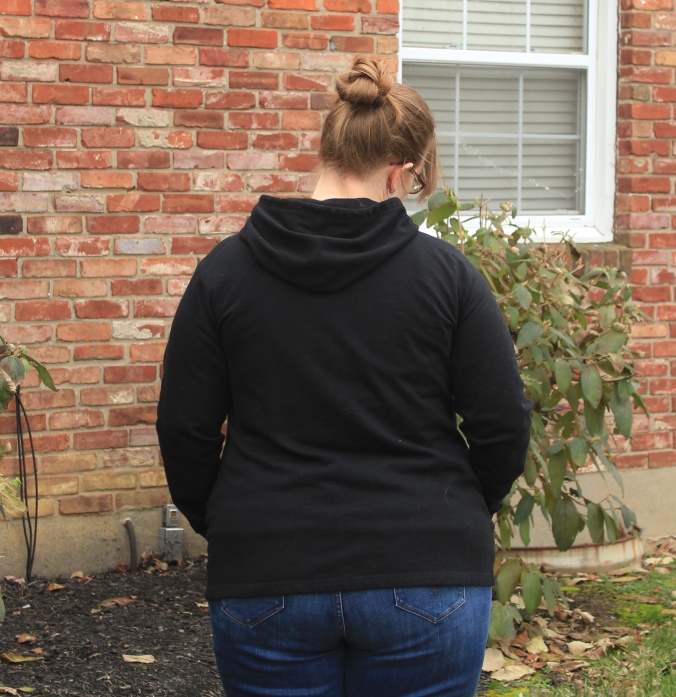 I have a weakness for hoods and shawl collars. I’m glad to have this sweatshirt, especially because I like the fit through the shoulders. But I also have more sweatshirt fleece coming to me so that I can make the SBCC Brooklyn Hoodie. And then, maybe, I’ll consider sewing something I can actually wear to work. We’ll see. 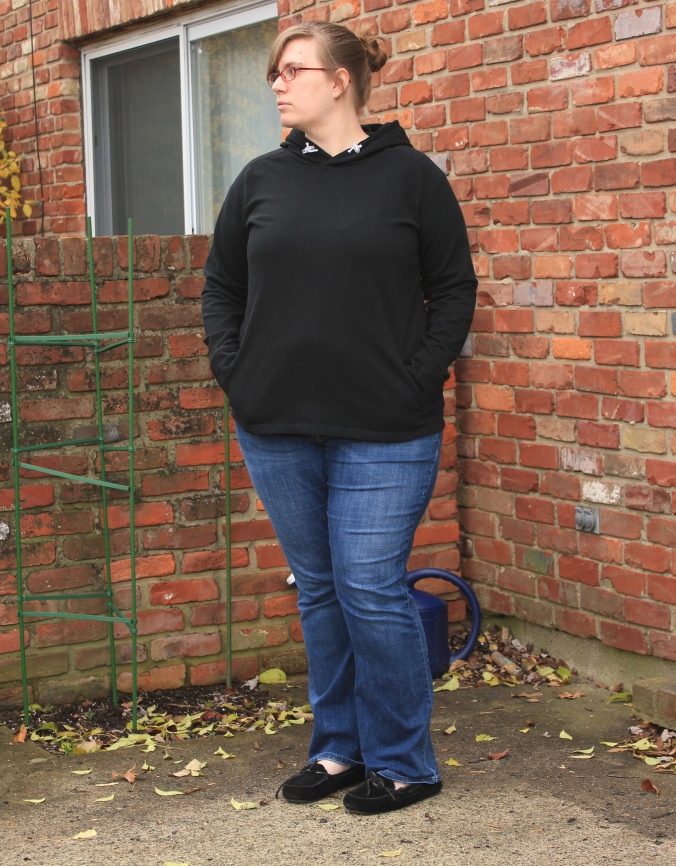 14 thoughts on “Get Moving Hoodie”