Despite my terrible track record for actually finishing knit- or sew-alongs, I decided to participate in this year’s Outfit Along, which is co-hosted by Andi at Untangling Knots and Lauren at Lladybird. The idea behind the Outfit Along is that you make two garments–one knit and one sewn–that can be worn together as an outfit.  It’s a fun, and kind of rare, place where the online knitting and sewing worlds come together.

I’ve followed the OAL for the past two summers and have really enjoyed seeing the combos that people come up with, but I hadn’t ever really planned to participate myself. Like I said, I’m terrible at seeing things like this through so I’ve kind of given up on them. Also, the OALtends to lean towards a particular aesthetic that, while lovely on other people, is not really my thing.But when this year’s OAL was announced, I immediately had an idea pop into my head, and I just decided to go for it. 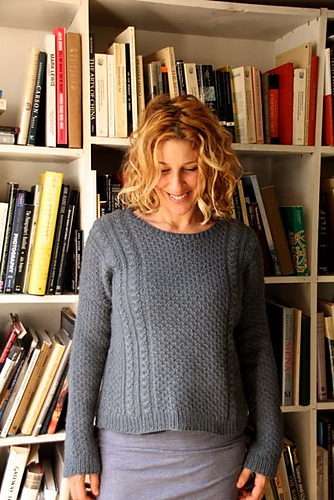 My plan is knit the Mireille pullover from The Shetland Trader and sew a pair of Closet Case Files Ginger Jeans. For the sweater, I’m using Berroco Ultra Alpaca in Charcoal. For the jeans, I have some black stretch denim that I think will work really nicely for a pair of skinny jeans. 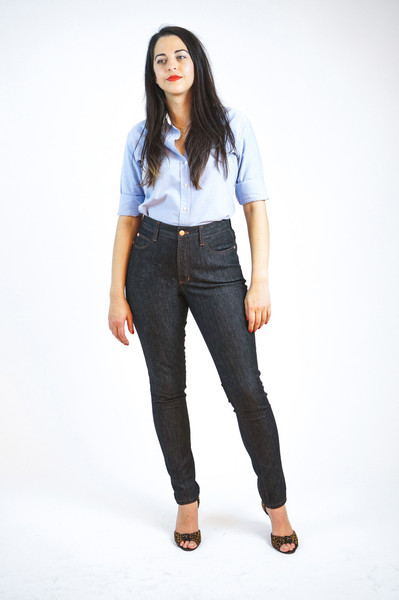 In my last blog post, I talked about how a lifelong emphasis on practicality and lack of interest in style has led to me having an aggressively boring wardrobe. As soon as I envisioned both of these patterns together, my inner censor started hounding me: It’s not seasonal. Why would I make an oversized pullover when all advice suggests I will look best in something fitted? I’ll always be too hot in an alpaca-blend pullover. I’m not competent enough to sew jeans. I’ve only owned one pair of skinny jeans before–shouldn’t I pick a “safer” style if I’m going to go to the trouble of making jeans? This is just going to be a waste of good fabric. That censor voice (which is discernibly different from the quieter moments of intuition that tell me when something in a project isn’t working out quite right) is fucked up, so I’m ignoring it and forging ahead with the original plan. Basically, I’m using the OAL as a way to push myself to pay closer attention to my impulses and my intuition, like I talked about in my previous post.

Anyway. I haven’t done anything on the jeans, beyond buying the pattern. I also bought the Sewing Your Own Jeans e-book that Closet Case Files put out–I’ve read through most of it at this point, and it seems really helpful. The OAL goes through the end of July, so I’m hoping to gather my jeans-making supplies, get the pattern assembled, and maybe get a muslin started by the end of June, which will give me plenty of time to actually finish my jeans in July. 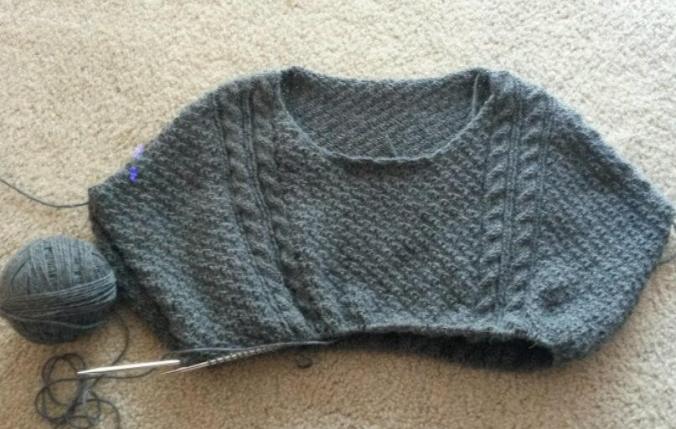 Mireille, on the other hand, is off to a very strong start. The OAL started on June 1st, and I cast on for my sweater at about 12:05 a.m. In about a week’s worth of knitting time, I’ve made it entirely through the yoke and am now into the body of the sweater. The construction of this sweater is interesting and entirely new to me. Mireille has a drop shoulder. But unlike the the uber-boxy drop shoulder of the 1980s, this sweater is knit from the top-down, working from the shoulder seam and using short rows to create a carefully shaped, sloped shoulder that looks more modern. It’s meant to be loose-fitting, but the body still has some shaping and the sleeves are slim fitting, so I think it’s going to look really good once it’s done. 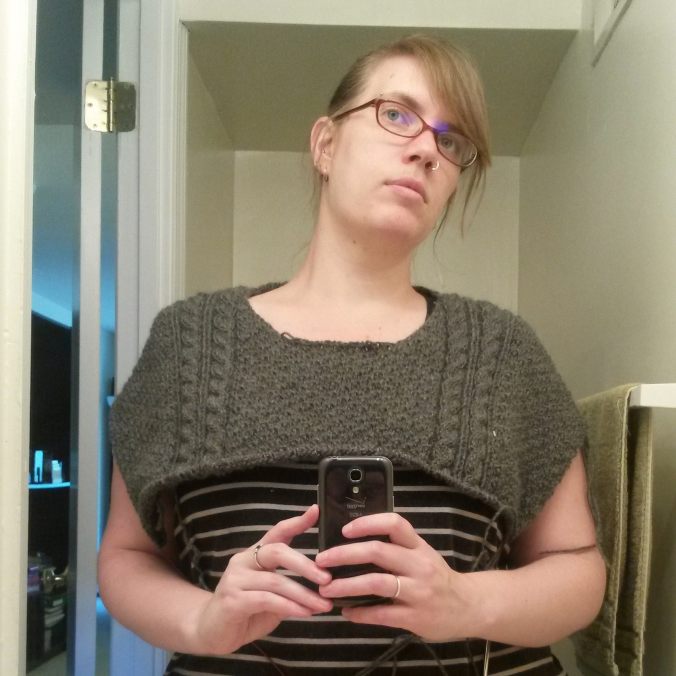 I’m making the 48.5″ size, which puts me right around the lower end of the recommended 5-10″ of ease. I’ve swapped out the cables written in the pattern for a more traditional rope cable and I’m altering the waist shaping a bit to give me a bit more room at the hips, but otherwise the knitting should be pretty straightforward. I’m just keeping keeping my fingers crossed that the Ultra Alpaca doesn’t grow more than expected during blocking. I’m watching my row gauge carefully, but alpaca is always a bit of a gamble. I’m going to try to finish this sweater sooner rather than later so I have time to go back and shorten the sleeves or the body if necessary before the end of July.

6 thoughts on “Outfit Along 2016: Mireille and Ginger”